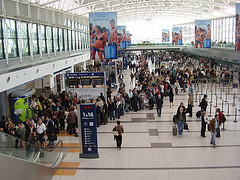 If you plan on visiting Argentina, flying is the best option. Most international travelers arrive in Buenos Aires and then take connecting flights to other destinations in the country.

The airport is located in the suburban area of Gran Buenos Aires, about 30-45 minutes from downtown by highway. The cheapest way to get to the city is the 86 bus, which stops outside terminal B. It takes about 2 hours to get to Mayo Square. Coaches and taxis are also available. Your life will be easier dealing with taxi drivers if you speak a bit of Spanish.

Aeroparque Jorge Newbery (IATA: AEP) is used by most domestic flights and is located at the opposite end of the city from the international one. It is located at just 10 min from the center and you can take a bus or taxi to get there.

Tips to get a cheap ticket to Argentina

If you are flying from Europe, Asia, Australia or Africa you’ll soon realize that the ticket price is a bit hefty. Here are some tips to help you find cheaper tickets to Argentina: