Getting from Buenos Aires to Bariloche 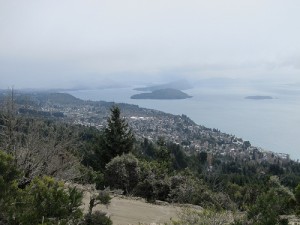 Bariloche is located at the foothills of the Andes. It’s where all tourists who plan to explore the lakes or mountains arrive , whether they plan to hike during the summer or ski during the winter.

The distance between the two cities is not exactly short so traveling between Buenos Aires and Bariloche is not exactly the cheapest affair. But the bus fare is about half of the airfare and you also depart and arrive from stations much closer to the city centers than the airports.

Aeroparque Jorge Newbery (AEP) is the second airport serving the capital and the one handling the majority of flights to/from Bariloche. It is located just 2 km from the city center and it is the main airport handling domestic flights.

Bariloche is served by San Carlos de Bariloche International Airport (BRC) , located 13 km from the city center. It is the fourth largest airport in Argentina but it’s not hub for any airline.

The flight time between Buenos Aires Aeroparque and Bariloche is about 2 ½ h. During the low season (mid-May 2012) expect to pay from US$314 one way on LAN. A return flight starts at US$610. The same prices are valid for early during the high season, too.

Buses from Buenos Aires to Bariloche

There are a lot of bus companies operating between the two cities, including:

Both companies allow travelers to purchase the tickets online.

Driving from Buenos Aires to Bariloche

You can rent a car in the capital and plan to drive the 1570 km (shortest route on RN 5) all the way to Bariloche. The total drive time is about 18 ½ hours (as per Google Maps), but you should plan this as route trip, with multiple stops along the way. Please note that the route mentioned has toll roads.