Getting from Buenos Aires to Punta del Este 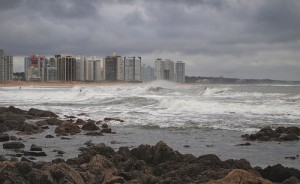 Punta del Este is a resort town in Uruguay. It’s a very popular place among tourists looking for beaches, casinos and the regular resort activities. But although a popular place, it still has its unspoiled places if you are not exactly fond of the horde of tourists.

The easiest way to get to Punta del Este is by way of Montevideo , to which it’s connected by frequent buses (travel time: 2h 15min). So, instead of flying directly from Buenos Aires to Punta del Este, catch a bus or a ferry to Montevideo first and then take a bus for the last leg of the journey. Total price? Under US$50 per person.

Aeroparque Jorge Newbery (AEP) is the second airport serving the capital of Buenos Aires. Although it is mostly used to handle domestic flights, the airport also offers some international flights, including those to Punta del Este. The airport is located just 2 km from the city center.

During the low season (September 2012), expect to pay from US$123 on a direct flight on PLUNA. The same fares are available for a connecting flight through Montevideo (on the same airline). Return flights start at US$205 (connecting flight).

It’s cheaper and easier to get between Buenos Aires and Punta del Este by way of Montevideo. Once in Uruguay, just catch a bus to Punta del Este and you’ll reach the dream destination in no time.

There are direct flights between Ezeiza International Airport (EZE) – which serves Buenos Aires – and Aeropuerto Internacional de Carrasco (MVD) – which serves Montevideo. During the low season (September 2012), expect to pay from US$82 one way on PLUNA, while a return flight will set you back from US$140.

A cheaper option – $178.42 UYU / US$41 (promo fare online) – is to catch the fast ferry between Buenos Aires and Montevideo, operated by Buquebus . The travel time is 3 h 15 min and there are several departures per day.

The cheapest option is to catch a bus between Buenos Aires and Montevideo. The single fare is AR$ 160 / US$38 and the travel time is about 8 h. You can choose a night or a day bus.

>>read more about Getting from Buenos Aires to Montevideo

Once in Montevideo, catch a bus to Punta del Este. There are many departures per day and the travel time is 2h 15 min. The buses are operated by COT and COPSA. You can catch the buses directly from the airport. The single fare is US$7. The schedule is here .

Technically, you can rent a car in Buenos Aires and drive the 1037 km to Punta del Este. The total travel time is 13 ½ h, but make sure to plan some stops along the way. Also, ask the rental company whether you are allowed to take the car across the border.